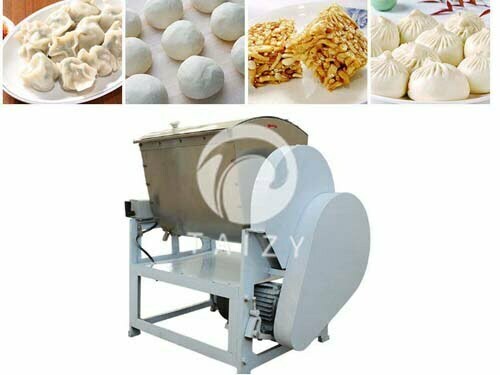 Among the Southeast Asian countries, Indonesia has the largest population base, and its food industry has strong demand. More than 50% of the income of ordinary households is spent on food. However, Indonesia has a weak food processing machine foundation and basically relies on imports.

Food processing machine relies on imports, and most of the agents are Chinese

Indonesia is the fourth most populous country in the world. The huge population has created a booming food processing industry. The commercial is very common for people there. There are about 4,700 large and medium-sized food processing factories and more than 77,000 small businesses in Indonesia with more than 3 million employee. Those enterprises occupy the US $ 30 billion of the total , of which large and medium-sized enterprises account for 85%.

Chinese food machine has a great advantage in the Indonesian market

For Chinese companies, Indonesia is a very important market. In recent years, Indonesia’s economy has continued to grow, the public’s purchasing ability is increasing. The retail and catering industries are full of vigor, and the demand for more and more food machine is boosting. Chinese food processing machine has a great advantage in the Indonesian market. With the completion of the China-ASEAN Free Trade Area, China’s machine exports to Indonesia will gradually drop to zero tariffs, and the market space in the future is very broad.

When expanding into the Indonesian market, Chinese suppliers must focus on quality, brand image, professional technical staff, and the ability for after-sale service. It is also necessary to maintain a good relationship with local agents.

Indonesia’s urban population accounts for 52% of the total population and is growing at an annual rate of about 3%. Modern large-scale supermarket chains and 24-hour convenience stores have sprung up, driving the Indonesian consumer market to maintain rapid development. Food is the main daily consumption of the people, and about 53% of the average family income is spent on diet.

Indonesia originally treated rice as a traditional staple food, but flour products have been popular with people for nearly 20 years. Each family has a dough mixing machine to meet their daily needs. Indonesia’s largest flour producer has an annual output of more than 3.57 million tons and a market share of more than 66%.

Indonesian consumers also like sweets, which has made the biscuit processing line industry grow rapidly. At present, there are about 20 large and medium-sized biscuit manufacturers in Indonesia.