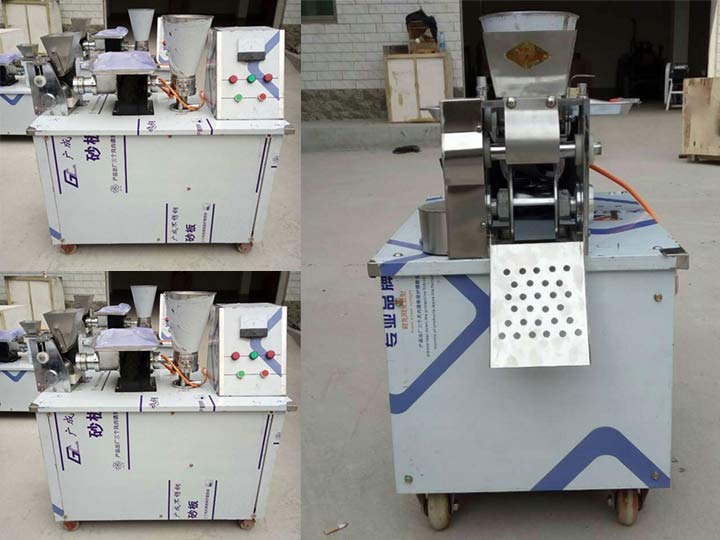 A customer from Malaysia bought a samosa making machine to use in Australia. It will produce dumplings, samosas, spring roll, ravioli.

The emergence of the samosa machine frees people from the complicated preparation of samosas. The machine can realize automatic feeding, filling, and wrapping actions. The samosa machine can be used for automated mass production. And the formed curry samosa has uniform thickness and good shape. In addition, he can also make dumplings, spring rolls, and other foods by changing molds. Therefore, the commercial samosa making machine was exported to Australia.

Samosa is a traditional snack in Southeast Asia. It is a food that has improved empanada pie popular in Europe and the Mediterranean. Samosas are usually food with fillings wrapped in the outer dough. The fillings of samosas are very diverse. The most popular is the chicken curry potato or curry potato version. In addition, other fillings such as curry tuna, sardines, and other versions of curry samosas are also very popular among customers.

How does the samosa machine produce samosas?

A samosa machine is a machine that mixes fillings and dough to make samosas. The emergence of this automatic machine liberated the hands of human beings, making the production of samosas move towards automation and large-scale development. The outer skin of the samosa is made of ordinary flour. The filling is wrapped in the dough and then folded in half to form a semicircle or triangle. Then put it in the pan and fry it to get the fried golden curry samosa. The samosa machine can realize the function of filling the dough into the dough and folding it into the shape. You only need to put the mixed fillings and dough into the machine, and the machine will automatically make samosas.

A samosa maker we exported to Australia last month was bought by a Malaysian for his restaurant. This Malaysian customer opened a restaurant in Australia. He wants to use machines to make curry samosas in restaurants. Therefore, he bought a machine from us.

Because the commercial samosa maker machine can replace different forming molds to make other noodles. Therefore, he bought a molding host and 4 molding dies. These molding dies can produce dumplings, samosas, spring rolls, ravioli. The local voltage in Australia is slightly different from that in China, so we also replaced it with a voltage that is more suitable for local Australia. Before shipping, we also filmed the test video and packing video of the machine for him.