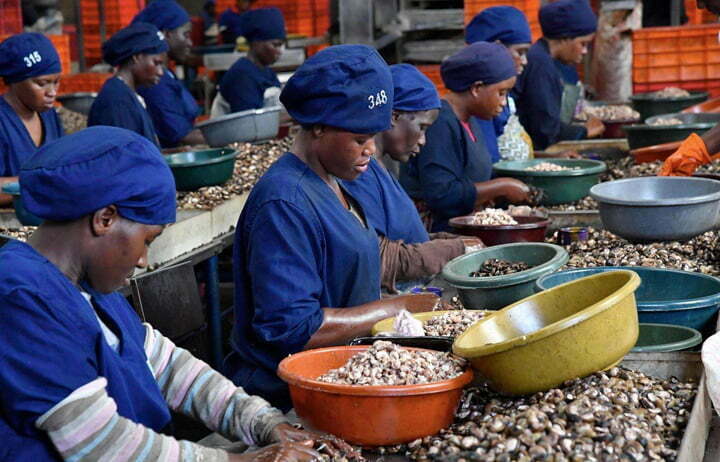 Cashew nuts originated in tropical America and spread from Mexico, Peru, Brazil to the Indies. India first introduced cashew trees to plant trees and maintain soil and water. It was not until the 1960s that the economic value of cashew nuts was discovered.

India is the main producer of cashews. In India, cashews are mainly concentrated in the peninsula, such as Maharashtra and Kerala on the west coast, and Bengal on the east coast. India is also the largest exporter. Its main markets are Europe, America, and Middle East countries. Due to the large output of cashew nut processing, it faces the same problem of lack of raw materials as Vietnam. Therefore, it needs to import a large amount of cashew nut raw materials from other countries every year to meet the needs of the international market.