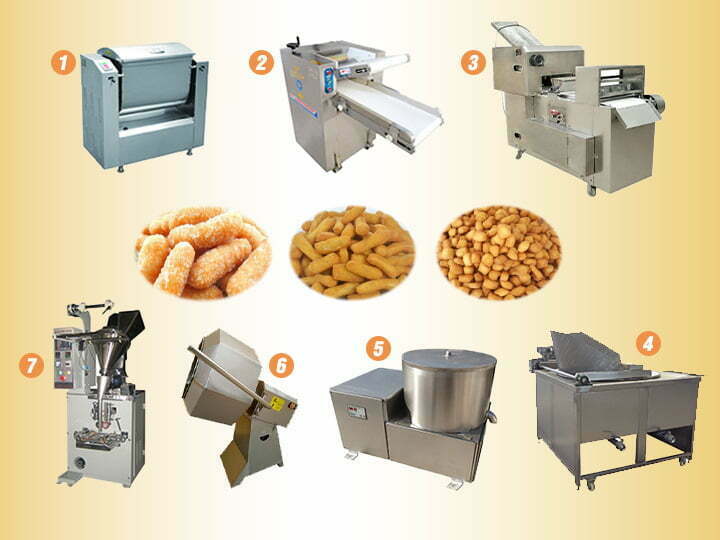 Why is the chin chin production business so popular?

How to make chin chin commercially?

Chin chin is a fried noodle snack. Its raw material is flour. The flour is made into dough, and then the dough is cut into strips with a knife. Then put the long-shaped dough into the deep fryer and fry it into shape.

In the commercial chin chin production line, generally use a batch kneading machine. It can mix a certain amount of flour and water at one time to obtain a mixed dough. The dough mixer uses the rotation of the mixer to mix the flour and water until a large mixed dough is obtained. The whole machine adopts food-grade stainless steel. The batch mixing output is 25kg, 50kg, 100kg, etc.

The noodle pressing machine presses the dough repeatedly through the processes of conveying, kneading, pressing, and folding the dough. It replaces the complicated process of traditional manual dough kneading. It reduces labor intensity to a large extent and improves work efficiency. In addition, the dough sheet after repeated pressing is smoother, more delicate, and refreshing.

2. The cutting size of the chin chin cutter can be exchanged by changing the knife.

3. All the chin chin processing machines adopt food-grade stainless steel, which meets the requirements of food safety and sanitation.

4. The machine has a reasonable design, stable structure, and easy operation.

5. The frying machine can choose electricity, gas, and other heating methods.

6. The size of the chin chin packaging machine can be customized.

How to start a chin chin business?