The commercial egg grading machine sold to the Philippines 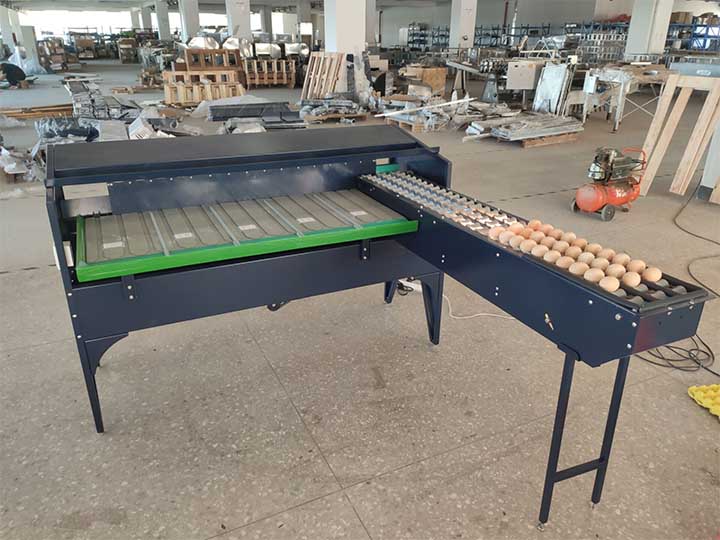 We exported an egg grading machine to the Philippines. It can process 5400 eggs per hour, and can grade eggs, duck eggs and other egg products.

The necessity of an egg grader

When buying eggs in the supermarket, we usually cashback different grades such as grade A, Grade AA, and Grade B on the packaging box. These levels are a quality grading standard specially formulated for eggs by the United States Department of Agriculture. These levels are distinguished according to the eggshell, yolk, and white of the egg.

This Philippine egg grading machine has many uses. It has the functions of automatic conveying, light inspection, and grading. And the machine also can match with egg suckers, egg printers, and other machines.

A commercial egg grading machine is not only suitable for grading eggs, it can also apply for grading duck eggs, quail eggs, and other eggs. The machine has two models, which can grade 5 and 7 eggs. The production of egg grading can reach 5400 eggs per hour.

Can form an egg production line

We provide a complete set of egg processing equipment, if you need it, please contact us.

Why is the egg grading machine popular in Malaysia?